up at 4am and I can't sleep
listening to the clicks and beeps of hospital machines and praying for a miracle for sweet baby girl
because I know our God is a God who moves mountains
but I also know that sometimes He doesn't
and I want to trust that no matter the outcome, His plans are greater than my plans, and His ways are higher than my ways
because two days ago I took a picture of her tiny hand in mine and marveled at the perfection of her little body
because God is good, all the time 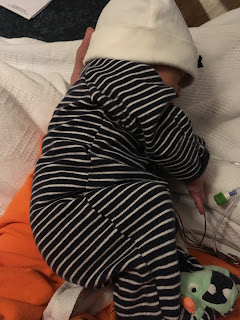 For those of you who haven't had the pleasure of knowing Michael and I too long, I thought I'd share a little bit of our story (who doesn't love a love story, right?!)

It started waaaaaaaay back in 1997, with two 8th graders and a question:
"so, you wanna go out?"
which was followed up by a decisive:
"okay"
and the deal was sealed with a high five (for which we would be ruthlessly teased for all the days of our lives)

6 months later was our first highschool dance (and our first kiss! I know you all wanted to know that) 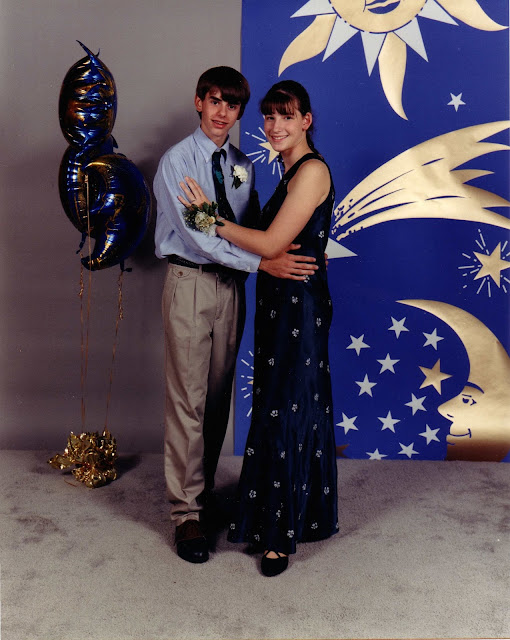 Fast forward a few years to Senior Prom, and still going strong. You can't tell from this picture, but we were both members of the A/V club, so we were *pretty* popular and not at all huge nerds in highschool 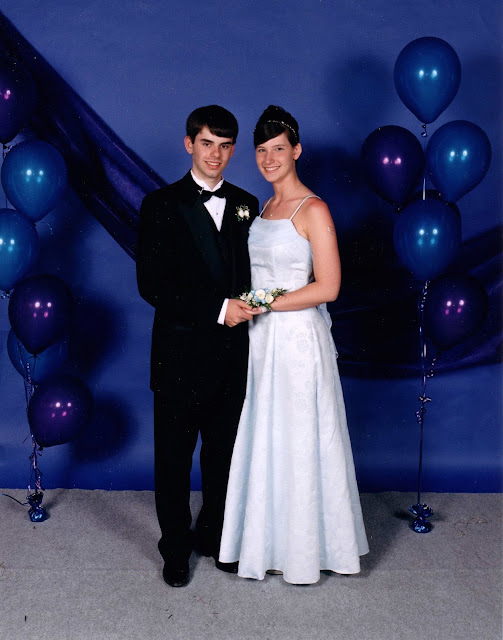 Later that year we graduated together and headed off to OSU... 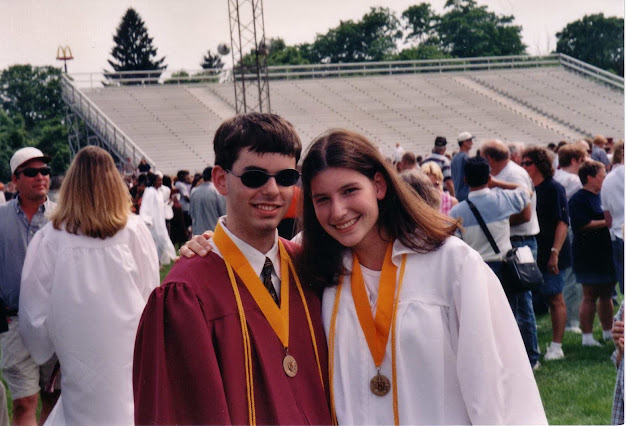 ...and on our 5 year anniversary (spring of our freshman year), Michael proposed! Spoiler alert: I said yes 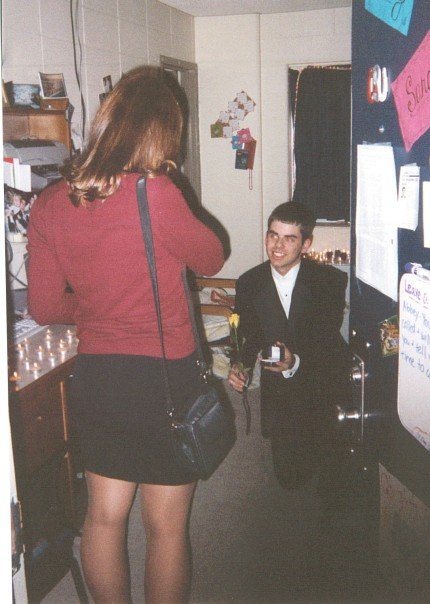 a year and a half later, we tied the knot 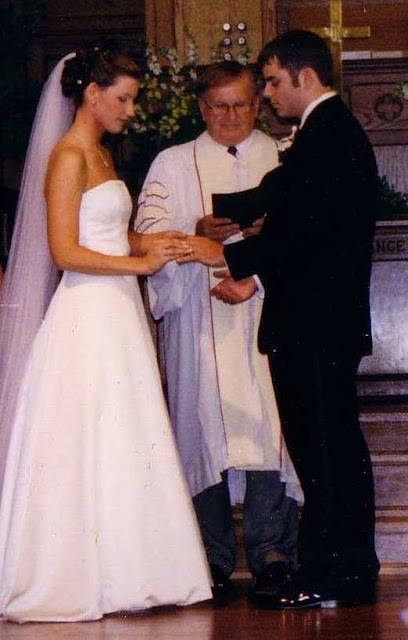 and two years after that we graduated from Ohio State, said goodbye to Ohio, and moved ourselves to North Carolina 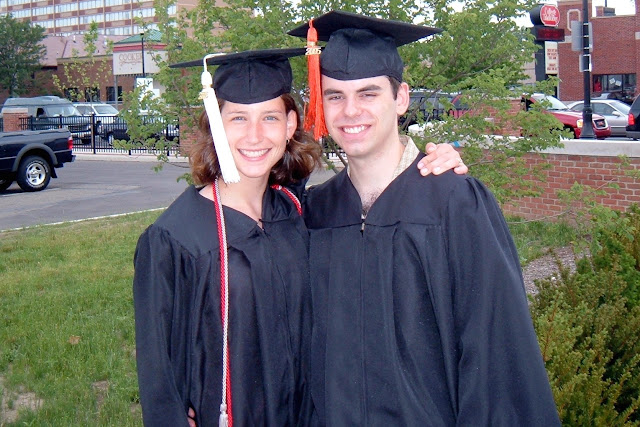 Michael started working as and engineer, and after a year of grad school (me), several various jobs (me), and 4 months of teaching (also me...y'all, I was NOT cut out to be a highschool teacher!), we moved back to Ohio to be closer to family for when we had kids. Surprise! 9 months after moving back, sweet Maya Grace was born, and we would never sleep again. The end. 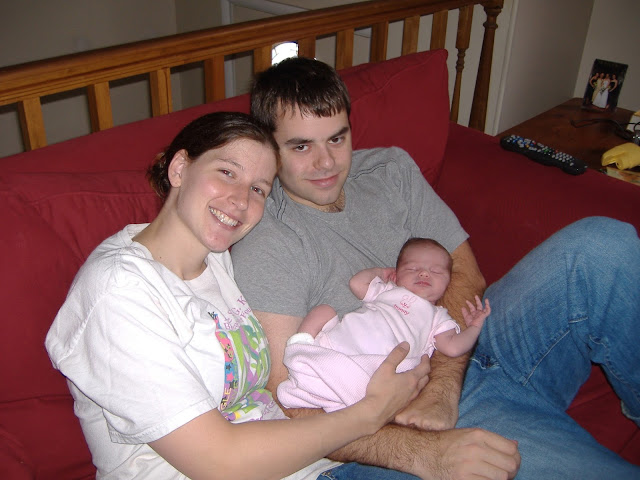 j/k, that's obviously not the end because we've had like a million more kids since then (though the not sleeping part is most definitely true) 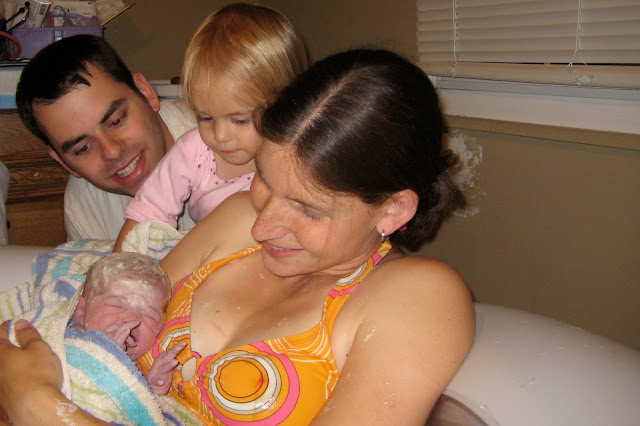 and 2 years after that, Milo Frederick 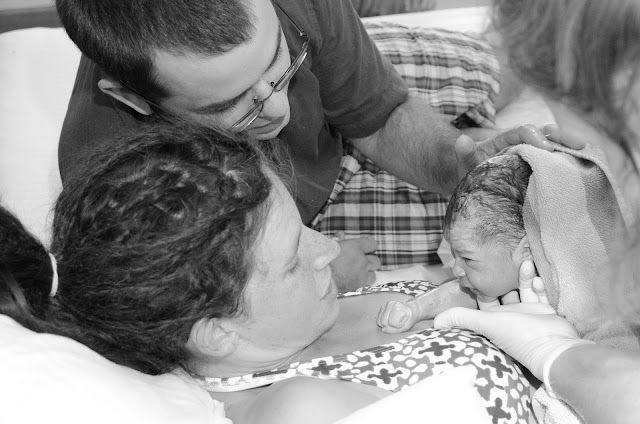 then we thought, "hey, our family isn't already ridiculous with 3 kids under 4. We should totally adopt!" and so in 2013 (the kids were 1, 3, and 5 at this point) we officially went on the waiting list to adopt a child from Ethiopia 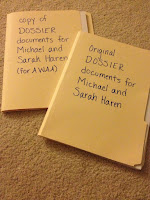 the story of that ongoing adventure is long and probably boring for anyone except us, so suffice it to say it was taking a lot longer than we expected, so 2 years into the adoption journey, we became licensed foster parents

we have said "hello!" and "goodbye" 9 times since then, and watched our three amazing children learn hard lessons about love and loss while trying to figure it out ourselves

this last year has been one of the most challenging of our marriage, with the demands of two medically needy and emotionally taxing toddlers that at times made us question how we had ever thought we could handle this. For my birthday a month ago, Michael gave me a card that said, "we'll get through this together" 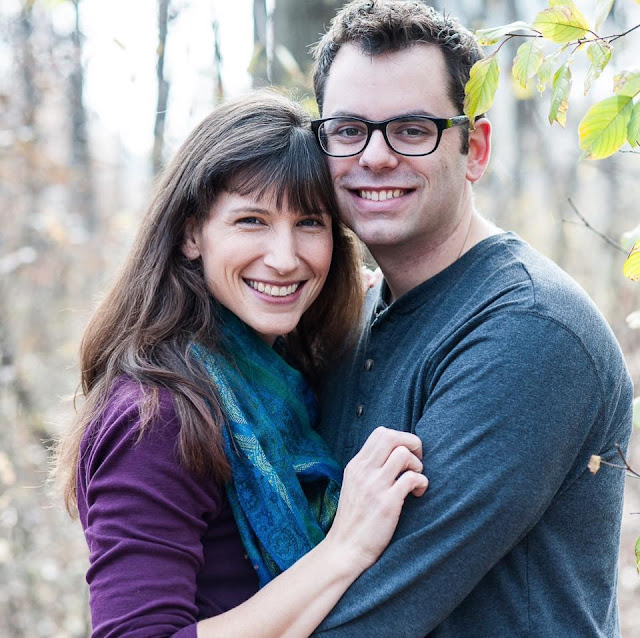 looking back, I cannot imagine having spent my life with anyone else. Looking forward, I know that the best is yet to come

Until We Meet Again

This afternoon we say our forever-goodbye to the two sweet toddlers that became an instant part of our family a little over a year ago. I am so happy for them, and their brothers, and their mama who has worked so hard. She's ready, they're ready, we're as ready as we can be. 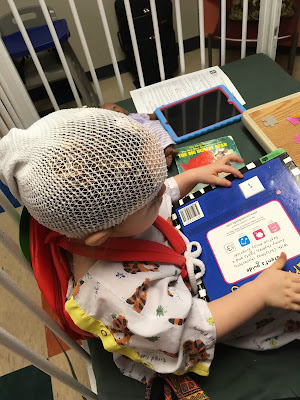 Maya made each of them a coloring book.
Charlotte gave Baby Girl a stuffed animal with a note around its neck that said, "I hope you have a good time."
Milo gave them two Pokemon cards. 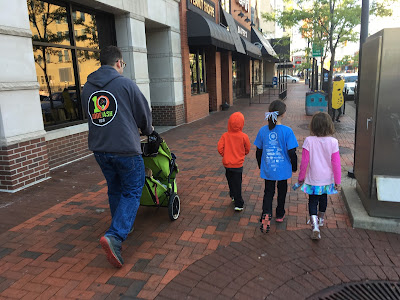 We will stand in the parking lot of the courthouse and give hugs and kisses and say "I love you"s. We will tell them that we are so excited that they get to go live with their mommy, even as our hearts break over what we once thought might be our forever-family.
We may or may not get to see them again. 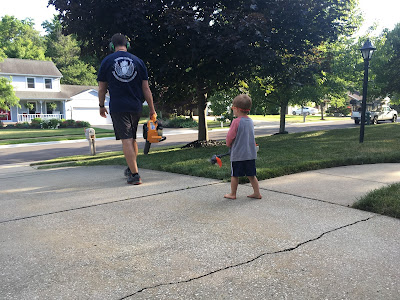 I will continue to get reminder calls for appointments that I won't be taking them to.
I will wake up in the night imagining that I hear Little Man crying out for me.
I will find little reminders of them; a sock tucked inside a shirt sleeve, a hidden "just in case" stack of diapers, a sippy cup under the trampoline.
I will read "One Fish Two Fish" and remember that it was their favorite. 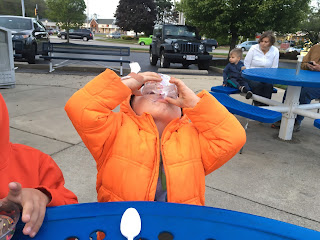 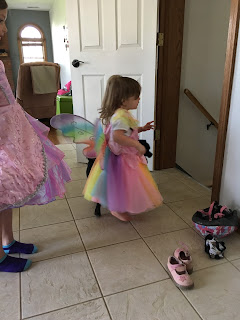 We will worry about how they are doing, and wonder if they think about us. 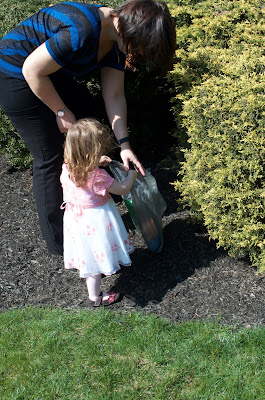 We've been counting down the days until they go home, but how do you explain to a three-year old what "forever" means? When he asks over and over how many sleeps until he sees his mommy, and then how many more until he sees you again. 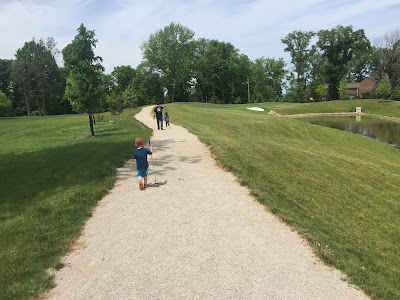 We will pray for them and rest in the knowledge that God is not done writing their story.
We will take a break from this chaotic and beautiful foster life, and reconnect with the three amazing kids who have given up so much of our time and attention over the last year.
My heart already longs for the day we will take another sweet child into our home. Experience has taught me that, as much as I hate that foster care is needed, there can be beauty in the ashes. 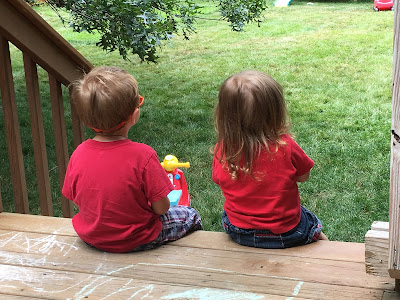 Baby Girl and Little Man call out "Mommy!" approximately 74 times an hour
to show a booboo they just discovered
to ask for help, or food, or water, or "up pease!"
to say something very important like "that man is mowing his lawn!" or "sometimes I call Otis a good puppy!" or "me NOT tired!" or "grandma has a garage at her house!"

And when they see Her they call Her "mommy", too.

And the truth is
I am their mommy
who wipes their tears
rocks them to sleep
encourages them to eat their vegetables
sits in the waiting room again and again and again and prays that the surgery will go well
comforts them when they are missing their brothers
lovingly corrects their mistakes
teaches them manners
gets hugs and kisses and "I love you!"s from two of the world's sweetest babies
makes mistakes every day but is doing her best

I am their mommy when someone does a double take at my shopping cart full of groceries and children and says, "are they all yours?!"

And the truth is
She is their mommy
who carried them for 9 months in her belly and cried tears of joy when they were born
tried her hardest to keep them fed and clothed and safe
holds her arms wide as they run to her at their visit
cries as she straps them into my car when their visit is over
eagerly gives me her phone number so that she can talk to her babies
gets hugs and kisses and "I love you!"s from two of the world's sweetest babies
makes mistakes every day but is doing her best

And we're not that different, she and I

because we are both loved and cherished mommies

because we are both loved and cherished daughters of the King 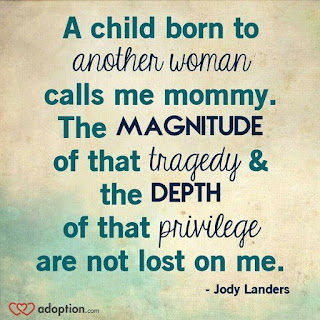 6 months ago, we struggled with bedtime.  3yo A and 1yo B would start crying as soon as they knew bedtime was near.  A was so tense he had trouble falling asleep, and even after he was asleep would have his fists clenched, muscles tight, heart racing.  He would wake up screaming multiple times every night.  B wanted to be in my lap, but facing outward, away from me, with as little of her body touching mine as possible. She preferred her head to be not on my arm, but on the cold, hard arm of the chair in which we rocked.  Night after night they both screamed while Michael and I tried desperately to comfort.  Some nights it took hours, and ended with me crying right along with them.  Naptime was much the same, but felt even more desperate as I prayed for a break in the middle of the very long days.

Today, B fell asleep for a nap while Sierra rocked her facing in.
Tonight after baths, A snuggled himself into bed (along with "Dog the Frog", his stuffed animal) before I even came into the room.
Tonight, B snuggled against me in our rocking chair and within minutes I felt her little body relax and her breathing become even.

We have a long way to go in this journey, and some days it is easier to focus on the many struggles we have before us.  But for tonight, I will thank God for the hard-won battles that we've faced over these last 6 months, and be grateful for his peace that passes all understanding that has and will continue to carry us through.
Posted by Sarah at Tuesday, February 09, 2016 No comments: