A little over a week ago, we received a call that there was a sweet baby just born who may need a safe and warm place to stay for a little while.  The circumstances of his situation were such that we did not think he'd end up with us, but said we would of course love to have him as long as possible.  I spent the weekend trying not to think about him, and at the same time praying fervently for his mama, his siblings, him.  I was surprised when I received the call a few days later that they would, in fact, like to place this little guy with us.  I had already packed up the diaper bag and installed the car seat (just in case :)), and eagerly waited for the call to come pick him up.  After talking to his worker, we were expecting he'd be with us for a couple months.

I was ready.  But I wasn't.  I was nervous because what I *really* wanted was "J", and I knew that this baby would not be him.  I was afraid, like you are when preparing to give birth to a second child, that I would not love him as much.  I was afraid that, somehow, "J" would know what was happening and would feel replaced.  When sweet little "A" was placed into my arms in that hospital nursery, though, the worries and fears melted away and were replaced by the same love and protectiveness that had washed over me when I first met "J". 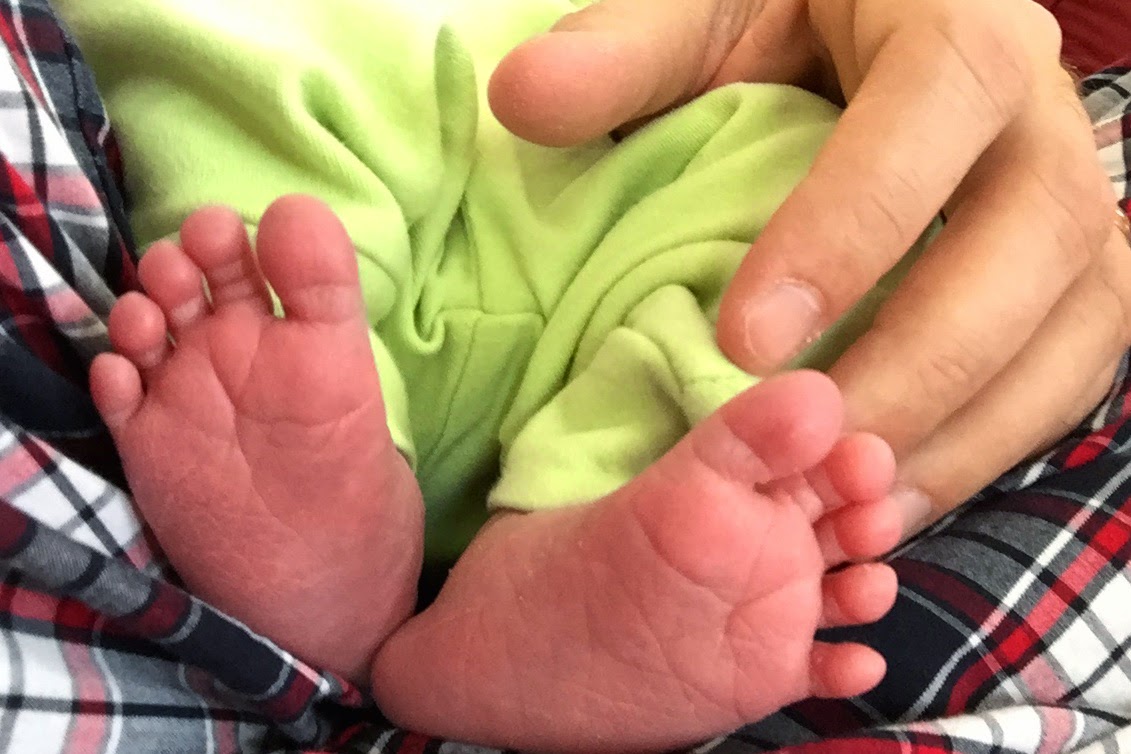 We held him and played with him and loved on him and kissed him and enjoyed his sweet baby smell for 36 hours, and then, as quickly as he'd come to us, he went home.  It didn't hurt in the same way as it did when "J" left, but I am surprised at how much we all miss him.  Milo is pretty sure that "A" and "J" went to the same place, which I suppose makes sense in his 3 year old brain :)  As we were getting ready for bed on the day "A" went home, Michael commented that it is surprising how quickly you get used to having a baby around.  That our house, despite being quite full with our 3 amazing kiddos, feels empty.

So now we wait, again, for the next sweet child that needs our home, even if only for a little while.